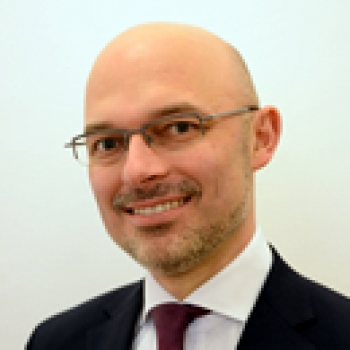 Undersecretary of State in the Ministry of Energy, a trained physicist, economist, specialist in international negotiations, expert in the field of energy and the author of the government programme for the development of electromobility in Poland

He is a graduate of the prestigious Parisian École Polytechnique and a scholarship holder in the field of quantum optics of the National Institute of Standards and Technologies near Washington (DC), where he worked under the leadership of the Nobel laureate in physics, William D. Phillips. During his studies, he also specialized in economics, with special regard to market organization under the leadership of Professor Jean Tirole, the Nobel laureate in economics in 2014. In the field of international economics, he studied at the University of Louvain La Neuve and obtained a master's degree at the Warsaw School of Economics. He defended his doctoral thesis at the University of Warsaw. He was a lecturer in the field of change management, economics, market organization and industrial strategy at the University of Warsaw, Collegium Civitas, Oxford Programme On Modern Poland. He is a co-author of the concept of conducting effective changes in enterprises, described in the book "Zarządzanie zmianą. Od strategii do działania" [Managing change. From strategy to action], as well as the author of the book " Od restrukturyzacji do modernizacji. Opóźniona transformacja polskiego sektora elektroenergetycznego w latach 1990-2009" [From restructuring to modernization.Delayed transformation of the Polish power sector in the years 1990-2009].

He started his professional career at the Office of the Committee for European Integration, in the team of Minister Jan Kułakowski, responsible for conducting accession negotiations with the European Union, where he led an analytical team and was directly responsible for the energy and transport area.

The author of the government programme for the development of electromobility in Poland, described for the first time as a concept in the book written in 2013-2015, together with prof. Leszek Jesień, "New Electricity and New Cars". He is the Chairman of the Steering Committee of the Electromobility Programme. As the deputy minister of energy, he was the originator of the "Electromobility Development Plan", and then he piloted the creation of the act on electromobility and alternative fuels, thanks to which the forms of transport will have the possibility of developing dynamically.

As the Undersecretary of State in the Ministry of Energy, he is directly responsible for the technological development and introduction of innovations to the energy sector, implementation of climate and energy policy in the fuel and gas sector, conducting international relations with states and international organizations. He negotiates the provisions of the Winter Package, as well as legal acts regulating the electricity market in Europe. He represents Poland in the International Energy Agency. His duties also include supervising the state's participation in the largest Polish energy companies in the oil and gas sector, such as Orlen, Lotos and PGNiG.